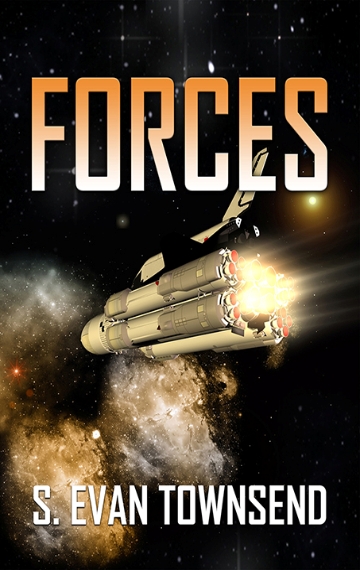 Captain Olly Johnson has twice used his stolen Bussard ram jet, the Longboat, to blackmail human colonies into giving him large amounts of gold. That makes him humanity’s first interstellar pirate, even though his ship travels slower than light. One more profitable raid, and Johnson thinks he, his family, and his First Mate John Larsen can retire, and never have to worry about money again.

Approaching a third star system after an eight-year (ship’s time) journey, the pirates have found mysteries they cannot solve: an entire population of a human colony missing and an unknown, alien-looking ship in orbit. When the alien ship comes after them and they can’t outrun its superior technology, they have to decide to fight or surrender. And Johnson isn’t the type to surrender.

Have they stumbled into a galactic war, or are they about to start one?